Pero sans Cimon was created as a reaction to examining the mechanization of the female body in our contemporary context. Modern computational and robotic systems are highly gendered. Conventional representations of femininity are reinforced through feminized assistant robots, sexual machines, and artificial intelligence. These female technologies reinforce gender binaries and womens’ role as a means of production. Looking at technological and cultural examples, the future of personal assistants seems to be female. Amazon’s Alexa, Hanson Robotics’s Sophia, Project Aiko, Ex Machina’s Ava, Apple’s Siri, and Microsoft’s Cortana are all well known AI/robots that have been created and identified as female. Technological progress doesn’t seem to step away from binary culture, heteronormativity and gender stereotypes. In each of these cases, the female bot is a servant or an assistant to human beings. The companies who developed these products wish to create feminine robots and close the gap between the real and the artificial. How will these advances structure the idea of women in our society if assistant robots and women become indistinguishable?

Feminized technology has historical precedent. One of the first occurrences of the female body as a machine is told through the story of Roman Charity. In this tale, Pero, the daughter of Cimon, who has been condemned to die from starvation, dedicates herself to visit and clandestinely breastfeed the man every day. This story is told as an example of filial piety, but could also be perceived as a way to chain women to patriarchy and justify the commodification of their bodies. The kinetic installation, Pero sans Cimon, explores the idea of the female body as a milk production machine. The work consists of a tubing system that circulates milk around the sculpture and leaks it into a carafe. The carafe never fills, therefore, the machine must keep producing. This piece aims to bring forward the forces at stake within our current capitalistic context.

We relied on soft robotics to create a sculpture that would mimic the qualities of female biological milk production. Pero sans Cimon is made of soft materials: silicone, fabrics, wires, and PVC vinyl tubing. We used silicone to create a sculptural mass full of air chambers that inflate and deflate under the control of an air system. The organic aesthetic quality that emerges from the system enables us to explore the female body through form and behaviors. The soft inflated units represent the structures of mammary glands. 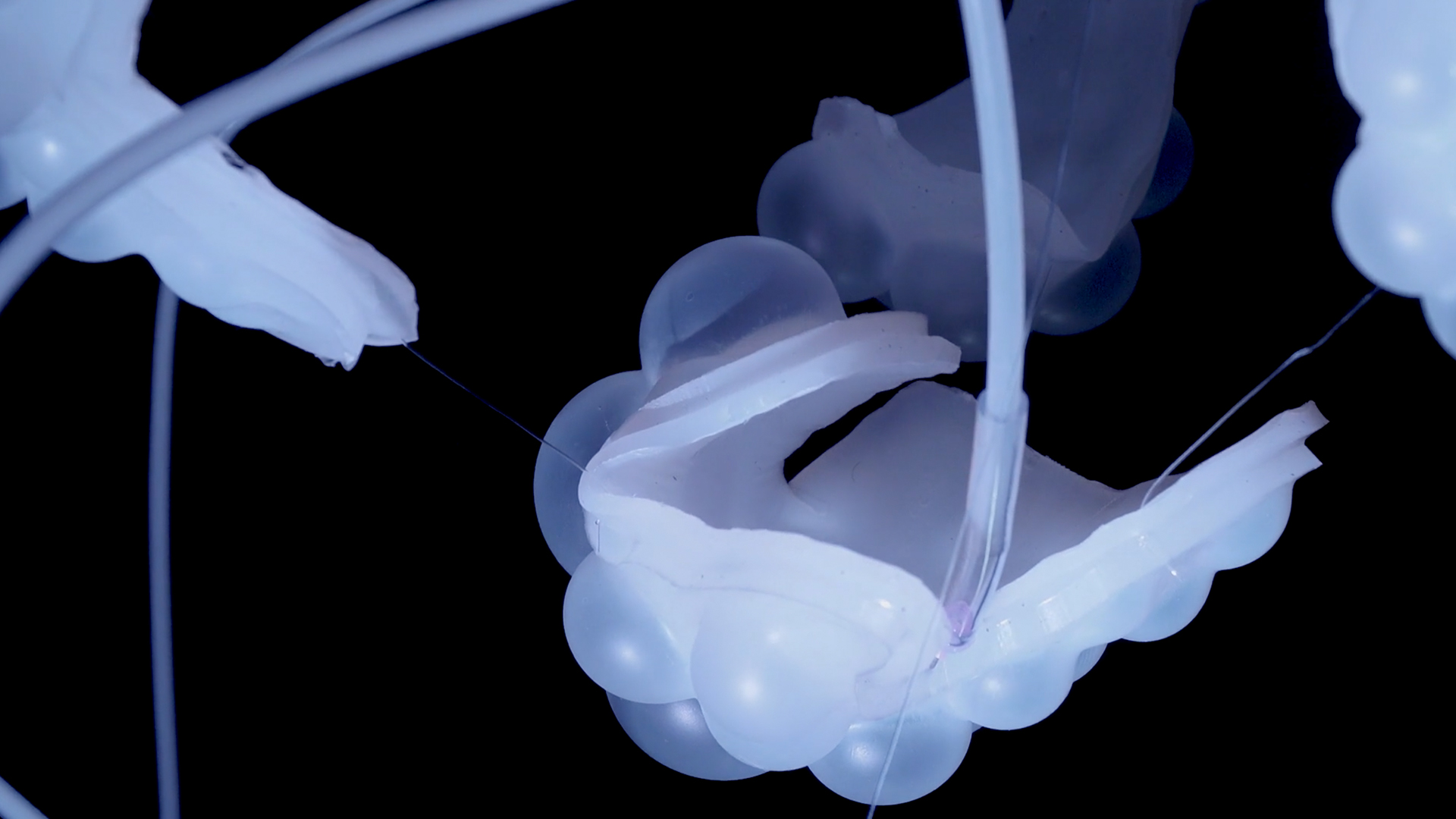 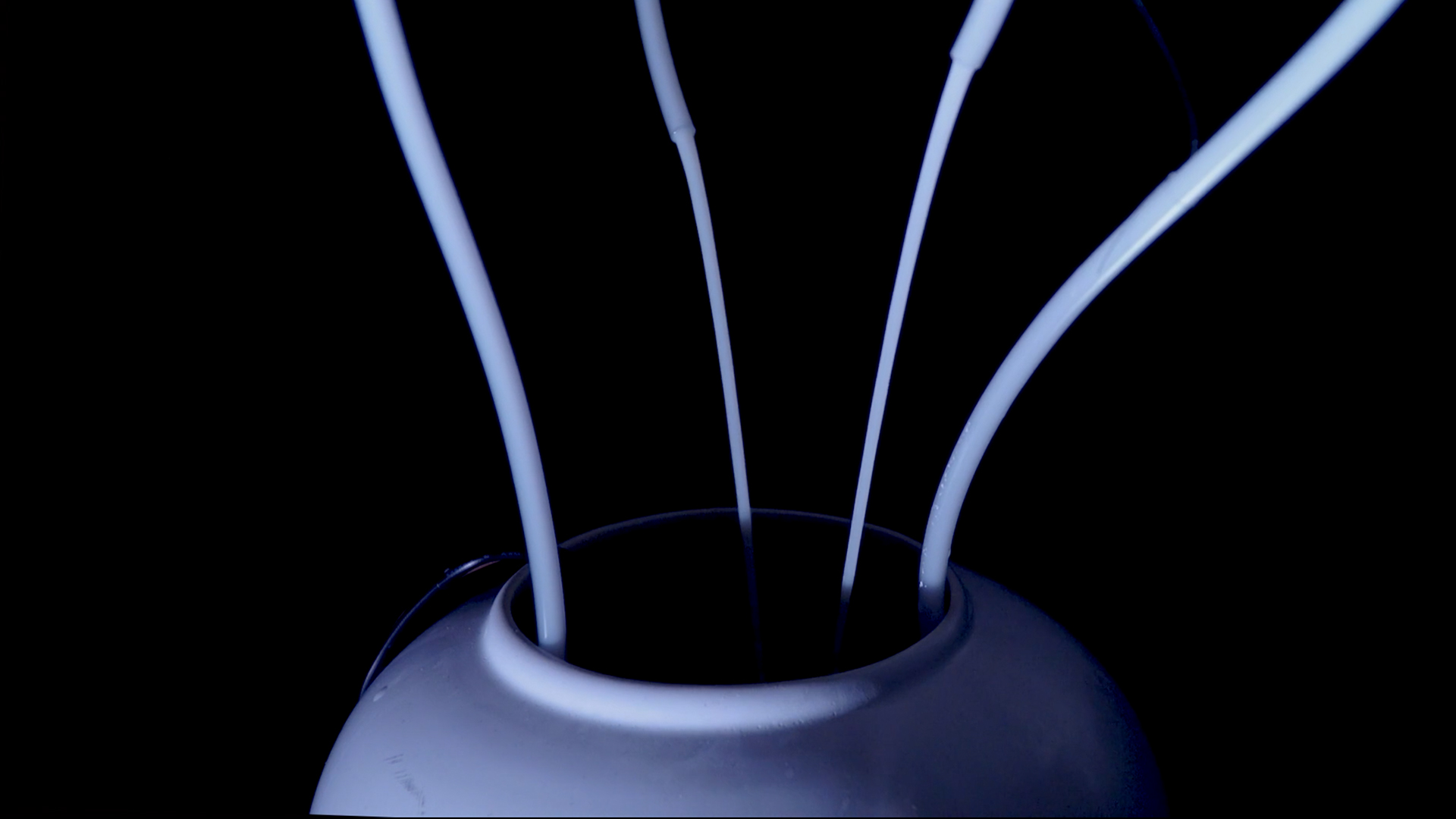 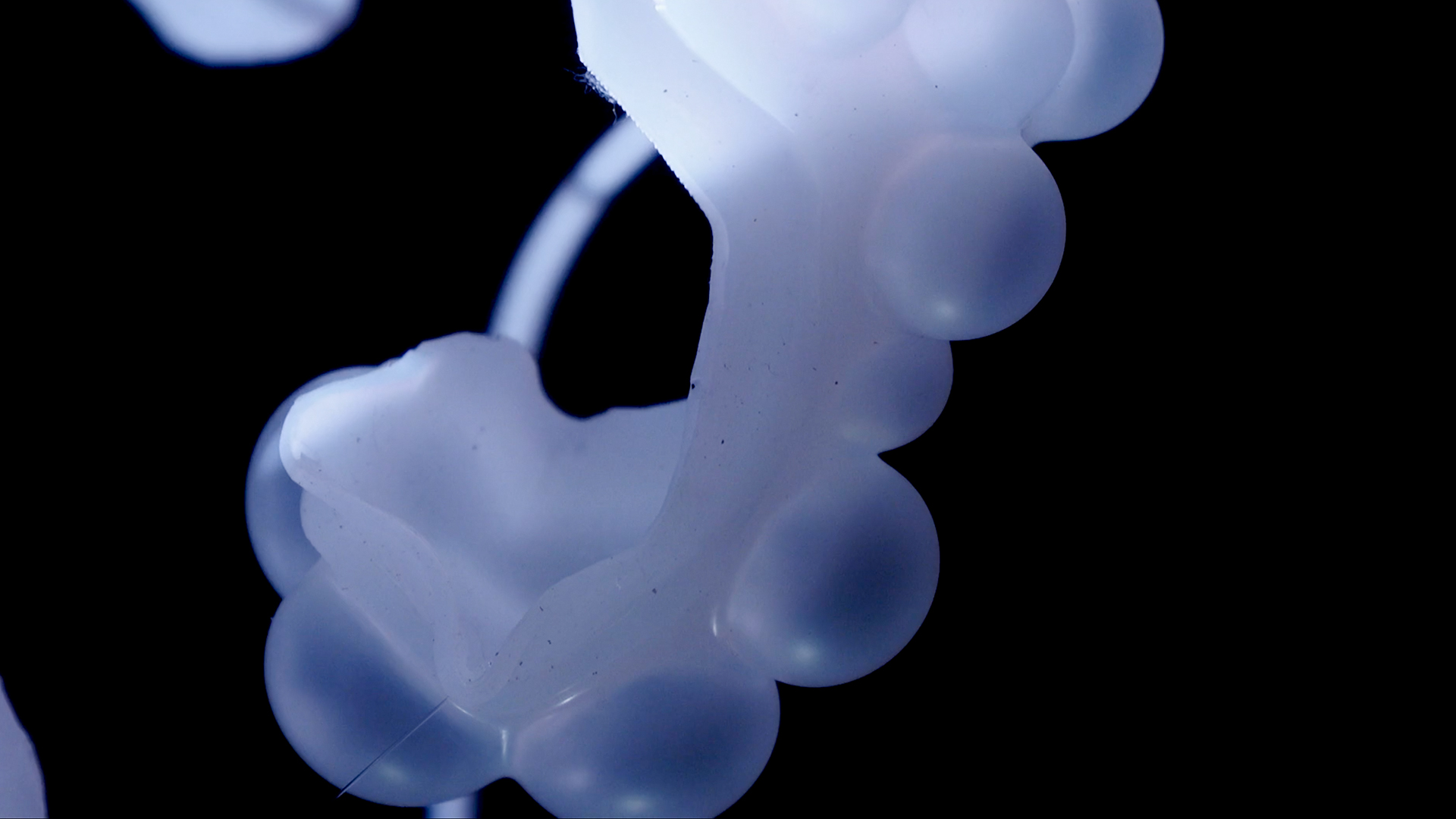 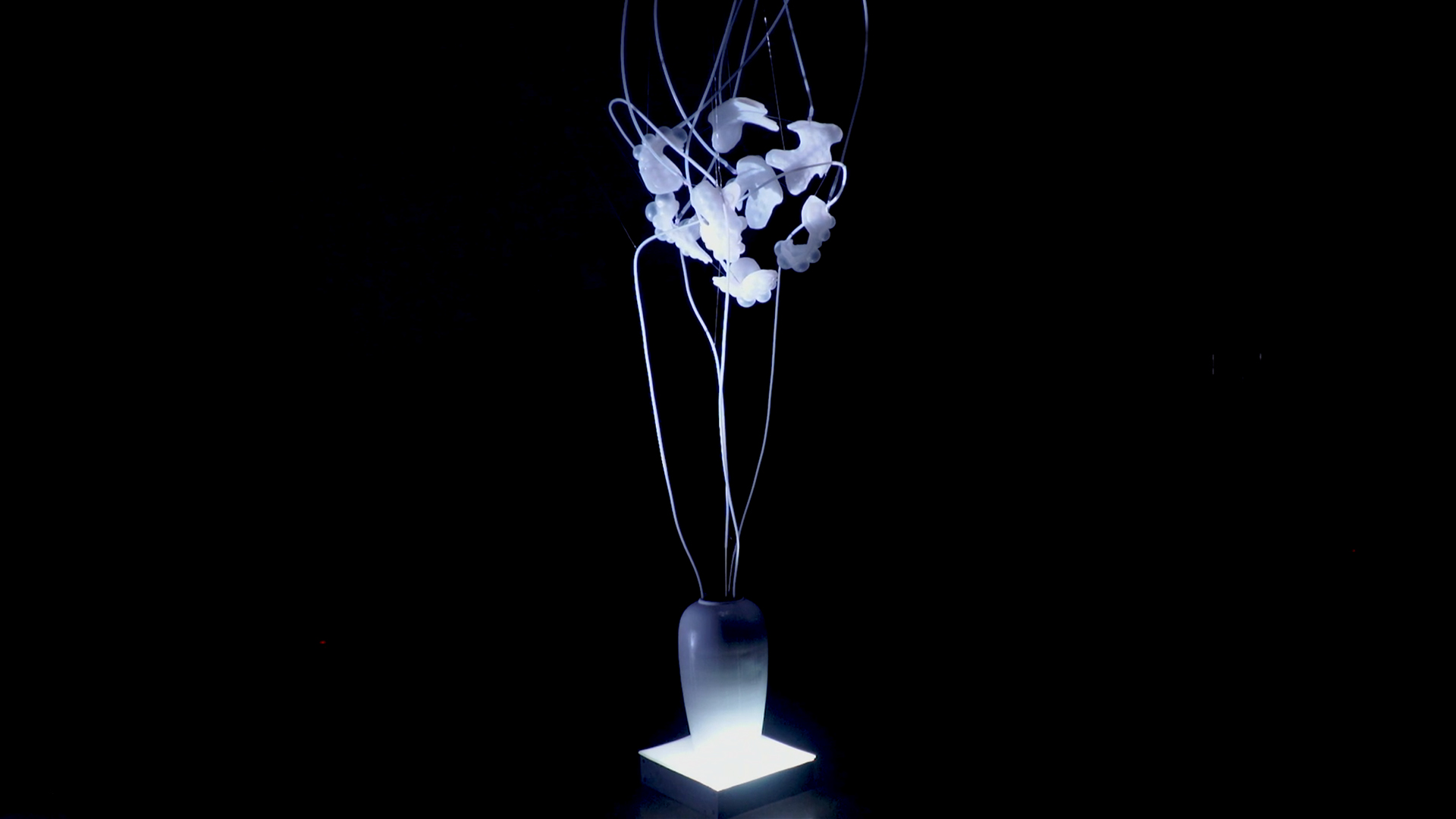 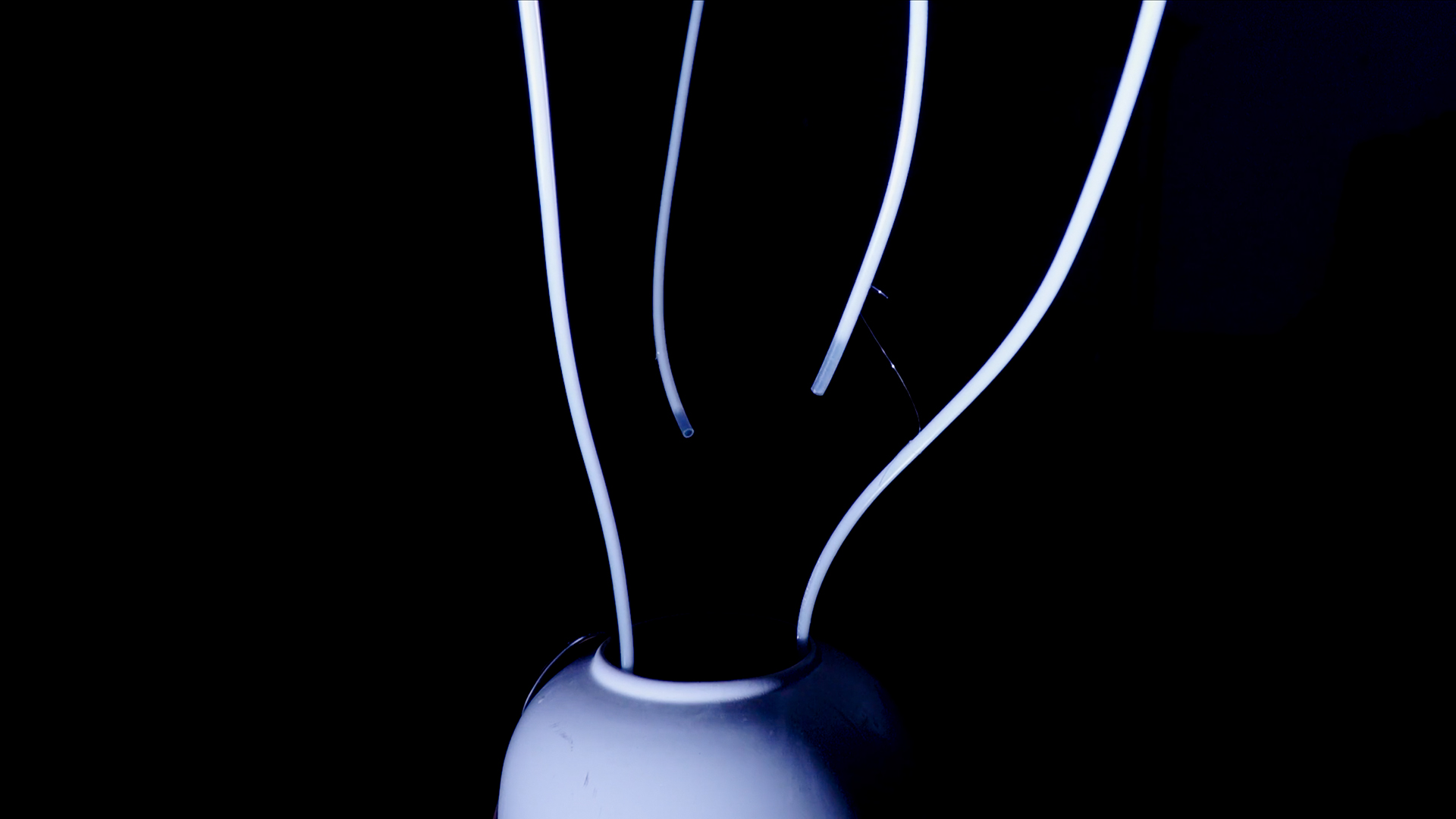